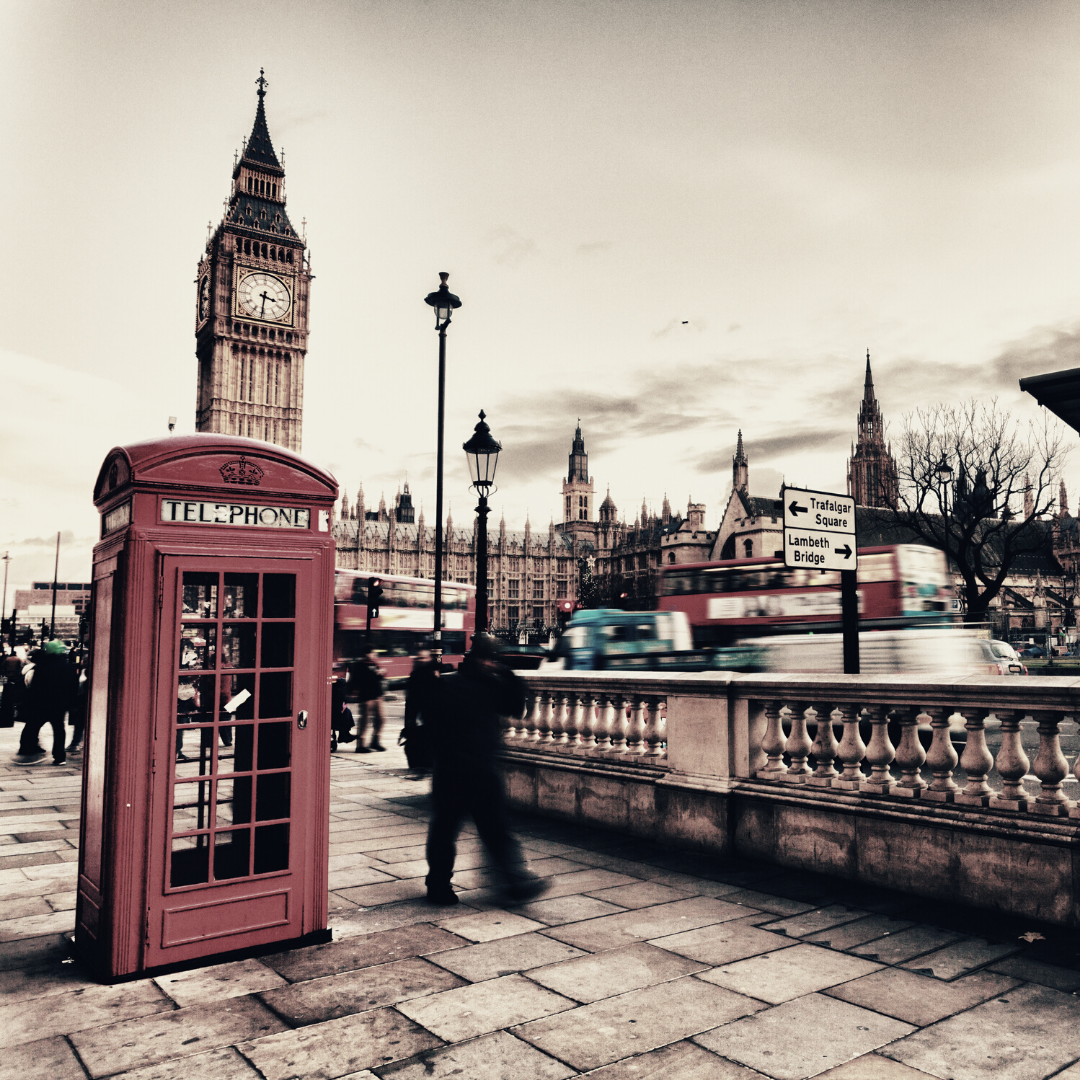 8 educational places in London to visit with children

The school summer holidays are almost upon us! That means parents are frantically scheduling six weeks’ worth of activities to keep the children entertained. It’s no easy task. Don’t panic though – we’re here to help you out with a list of our favourite educational activities to do with children in London.

“Why London?” we hear you cry. That’s simple – George Alexander Tuition is a London business. Our offices are here, are students are here, and most of our team have lived in the city their whole lives. London has history and culture in spades, and it’s crammed full of attractions and learning opportunities to fuel the imaginations of young people.

So here are our hand-picked suggestions. We’ve tried to give you a mixture of subjects, locations, prices and so there should be something to suit every family. We’ve included direct links to the website for each attraction where you can get accurate information on times, prices, and accessibility to help you plan your visits.

The Winton gallery is one of our absolute favourite places to visit. That’s partly due to the breath-taking exhibition hall designed by Zaha Hadid, but mainly because the entire exhibition is a celebration of maths, and the way it affects our daily lives.

Visit the Winton Gallery if your child loves maths. It may even give maths-phobes a dose of inspiration too!. Once you’re all mathed out, you can explore the rest of the Science museum’s excellent exhibits, including the Apollo 10 command capsule and Stephenson’s Rocket.

No trip to London is complete without a ride on the iconic Thames clipper boats! The River Thames flows through the heart of the city, passing all the main sights as it goes. it all.

Known as London’s River Buses, the clipper boats have been serving the capital for more than 20 years. With an onboard café bar and unparalleled views of the capital, taking the river is one of the best all-weather ways to travel through London! It’s also a chance to see the city’s major sights away from the hustle and bustle.

Travelling by river provides easy access to some of the city’s other top attractions. So buy a day ticket and hop on and hop off the boat as many times as you like. You could travel west to see Battersea Power Station. You can then cruise through central London past the Houses of Parliament, London Eye, Tate Modern, and Tower of London. If you disembark at Westminster Pier to visit these attractions in person, you could even take a stroll through St James’s Park to see Buckingham Palace.

Give your budding thespians a treat with a visit to the Globe theatre. The original Globe, which was part owned by Shakespeare himself, was built in 1599 and sadly demolished in 1644.

The new Globe theatre stands 750 feet from the original sight. It is an exact replica of the 1599 building and was designed using diagrams from the original construction. Since its grand opening in 1997, numerous plays and productions have been performed to eager audiences.

The design of the modern productions sticks faithfully to the productions of the Elizabethan period. So lucky audience members get a taste of history too. Educational tours of both the Globe and the Sam Wanamaker playhouse are held all year round.

A great day out for any young Romeo or aspiring Juliet. To visit or not to visit, that is the question….

On the north bank of the river Thames, you will find Her Majesty’s Royal Palace and Fortress, better known to locals and tourists as the Tower of London.

Over the years royalty has both lived and been imprisoned in this building. The Crown Jewels and the Royal Mint have been housed here, and ghosts are rumoured to roam the corridors. Famous historical characters such as Guy Fawkes and Anne Boleyn were once imprisoned within the Tower’s walls. The first section, the White Tower was built in 1078, with various additions made over the years.

The Tower usually offers a range of family trails and challenges that teach youngsters about the chequered history of the tower. It’s well worth a visit, but make sure you leave before they lock the doors at nightfall….

The museum first opened its doors in 1872, when it was known as the Bethnal Green Museum. Over time, museum curators noticed that younger visitors were often bored and frequently noisy. So from the 1920’s onwards, they strove to make the museum more child-friendly.

Eventually, it evolved into the child-orientated museum we know and love and was later renamed as The Victoria and Albert Museum of Childhood (or V&A Museum of Childhood for short). All the exhibits are designed to interest and inspire children – in fact, it’s the largest child-focussed museum in the UK!

The museum houses collections of toys from childhoods past, and hosts daily art, craft, and storytelling activities. It’s a wonderful, interactive way to give today’s children an insight into the lives of children of yesteryear.

Housed inside a former power station on the banks of the Thames, the Tate Modern is Britain’s national showcase for contemporary art. This breath-taking building holds some of the most amazing works of art from the last 115 years. It’s still a relatively young attraction, having only opened in the year 2000. Yet it’s hugely popular – more people visit this gallery every year than any other modern art gallery in the world!

As well as the galleries, the museum houses a large performance space for live acts, a room for showcasing contemporary films, and a community garden. There are also regular workshops to open young minds to the concepts of modern art.

Stop for a moment to connect with nature at Holland Park, in Kensington and Chelsea. It is the Royal Borough’s largest park and features 22.5 hectares of gardens, large woodland areas with abundant wildlife, children’s play facilities, and a café.

The site is spread across 54 acres in the former grounds of Cope Castle – a large Jacobean mansion hidden in the woods. Sir Walter Cope built the mansion in the early 17th century, and it was renamed Holland House after the Earl of Holland’s wife Lady Rich inherited the property.

Holland House was severely damaged during World War II. One wing was saved and is used as a youth hostel, and a section of the front terrace has also been preserved. This front section is used for the park’s summertime open-air theatre productions and classical concerts.

If you’re visiting Holland Park, don’t forget to check out the Kyoto Garden. This unique spot was designed and built by an eminent Japanese Garden designer and his team. It was created to celebrate the Japan Festival in London in 1992 and was a co-operative project between the Royal Borough of Kensington and Chelsea and the Kyoto Chamber of Commerce in Japan.

Help your child learn about the wonders of the natural world with a visit to the Natural History Museum. This famous museum has appeared in blockbuster films such as Tomb Raider, The Mummy, Highlander and Paddington. It’s also been featured on the popular CBeebies show “Andy’s Dinosaur Adventures”. Although Dippy the Diplodocus is currently on tour, a huge skeleton of a diving blue whale has replaced him. The museum also features many free exhibitions covering every aspect of natural science and geology, from dinosaurs to earthquakes.

George Alexander Tuition is a specialist maths tuition agency based in Central London. We support children aged 11-18 with a variety of termly tuition packages and exam coaching from 11+ to A-Level. We also offer bespoke packages to support children who are learning at home. To find out more, contact us on infro@gatuition.com. You can also follow us through social media, on Instagram and Facebook, and check out our handy maths tutorials on our YouTube channel. 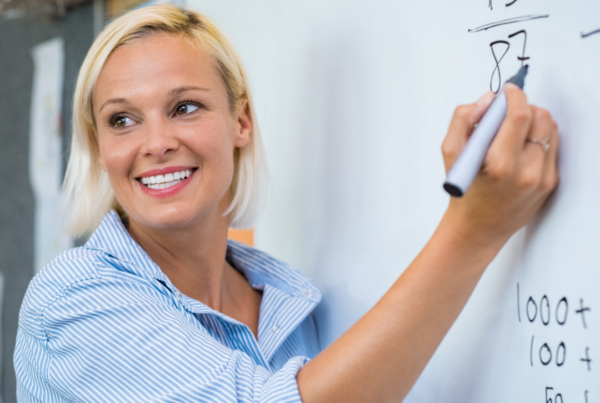 How do I choose the right private tutor for my child? 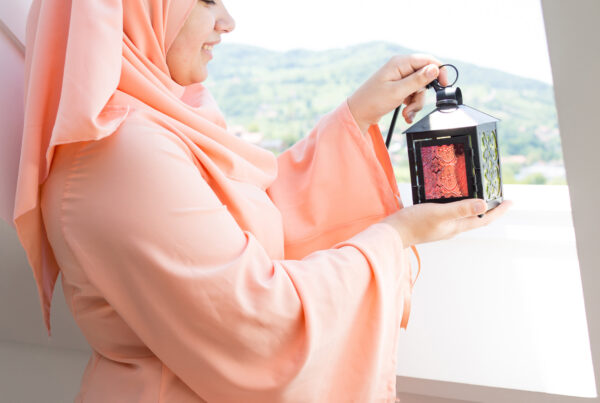 7 ways to help your child learn effectively during Ramadan